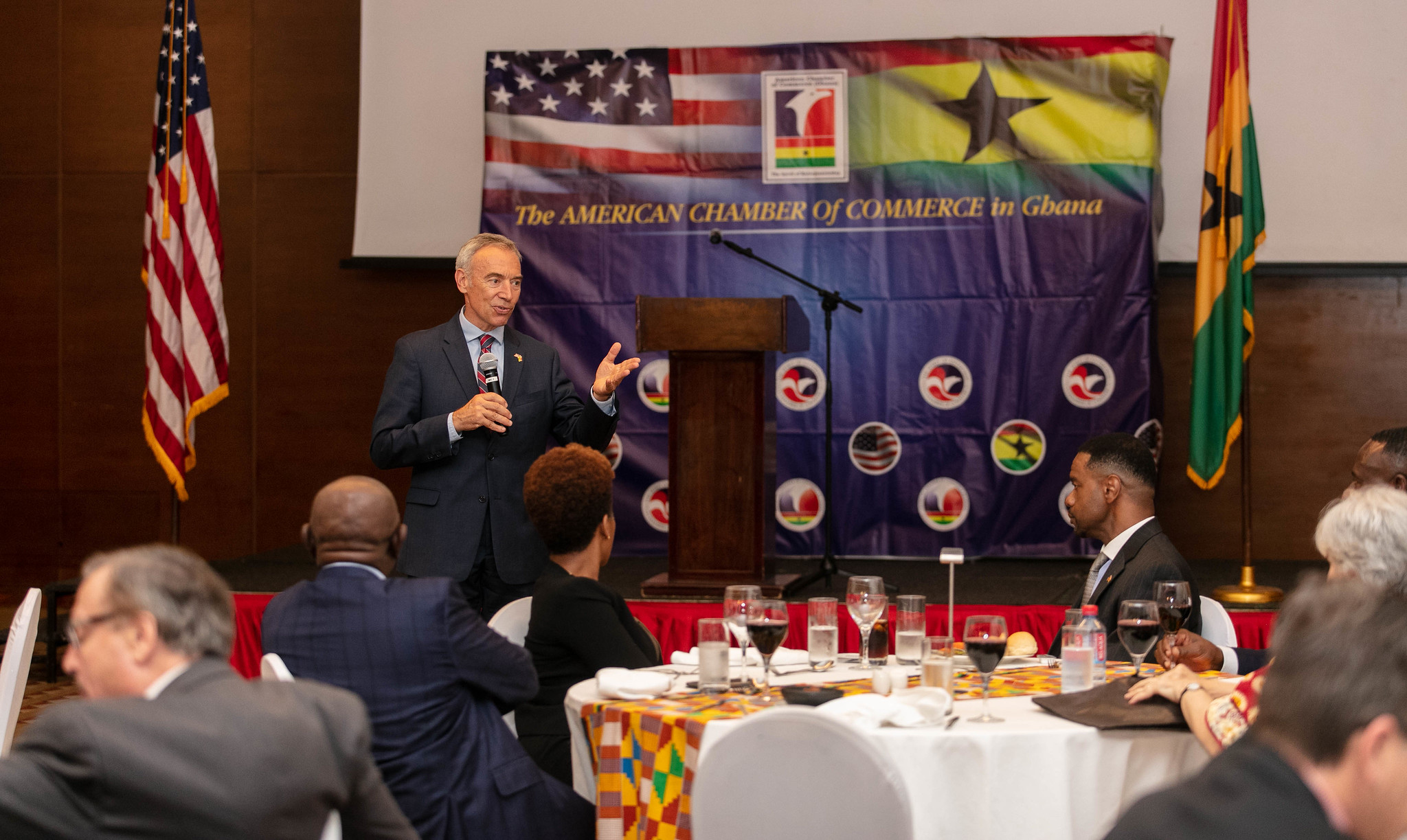 U.S. Deputy Secretary of Agriculture Censky speaks with the American Chamber of Commerce in Ghana to discuss the region’s business climate and the growing opportunities for exports of U.S. food and farm products to help meet increasing consumer demand.

U.S. Deputy Secretary of Agriculture Stephen Censky led a successful trade mission to West Africa, October 28-31, where he helped U.S. exporters unlock new opportunities in the region and advocated for the Administration’s Prosper Africa initiative. He was joined by more than 30 U.S. agribusinesses representing a diverse array of U.S. bulk and consumer-oriented products and over 100 foreign importers hailing from West Africa’s Côte d’Ivoire, The Gambia, Ghana, Nigeria, and Senegal, as well as East Africa’s Djibouti and Ethiopia. In only two and a half days, the participants took part in an astounding 460 business-to-business meetings where they networked and brokered an estimated $11.6 million in new deals to benefit America’s agriculture industry.

“At USDA we are working to sell the bounty of American agriculture. West Africa is a bright spot with a growing middle class that are hungry for our delicious and wholesome agriculture products,” said Censky. “Through this trade mission and other efforts, USDA is proud to support President Trump’s Prosper Africa initiative, which is seeking to boost two-way trade and investment between the United States and Africa. Prosper Africa brings together the full range of U.S. government resources to connect U.S. and African businesses with new buyers, suppliers, and investment opportunities – a win for the United States and for countries across the African continent.”

The mission was based in Accra, Ghana, where Censky also met with Government of Ghana officials, private sector representatives, members of business associations, and academic institutions, to foster U.S.-Africa bilateral trade and encourage increased market access for America’s farmers, ranchers, processors, and exporters.