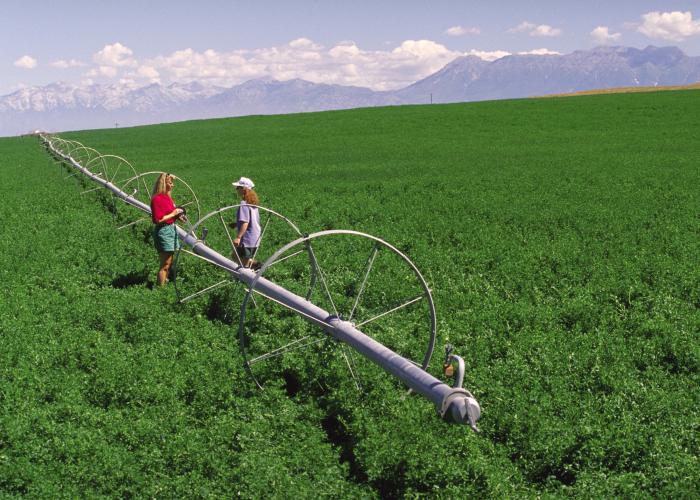 PHOTO (Above): China’s dairy industry has seen the benefits of U.S.-grown alfalfa hay thanks to the Cochran Fellowship Program. (Photo credit: USDA-NRCS)

China’s growing middle class and rising demand for high-quality food products have led to a boom in the country’s dairy sector. With the help of USDA’s Foreign Agricultural Service (FAS) and the Cochran Fellowship Program, U.S. alfalfa hay producers have been able to capitalize on this expanding dairy market.

In 2007, Cochran fellows visited a Washington based hay supplier and signed the first ever contract to purchase U.S alfalfa hay.  After returning to China, the fellows provided the local dairy farming industry with financial and logistical support to import U.S. alfalfa hay.  As a result, in 2008 China purchased more than 17,000 tons of U.S. hay worth $5 million. By 2013, U.S. exports of alfalfa hay to China had skyrocketed to 748,000 tons, worth $278 million. In 2014, U.S. exports are estimated to reach more than 1 million tons, worth $400 million.

In addition to working directly with farmers in south China, the Cochran alumni partnered with the Guangdong Dairy Industry Association to petition China’s Ministry of Finance for a decrease in China’s tariff on imported alfalfa hay.  As a result, the Ministry of Finance reduced the tariff rate from 9 to 7 percent, effective Jan. 1, 2013.

The Cochran Fellowship Program is one way FAS helps promote food security and build stronger trade relationships with middle income countries and emerging markets. Since 1984, the program has trained more than 15,700 fellows from more than 120 countries.