Economic growth and rising incomes in Middle East countries are propelling demand for broiler meat. The region now accounts for about a quarter of world broiler meat imports. 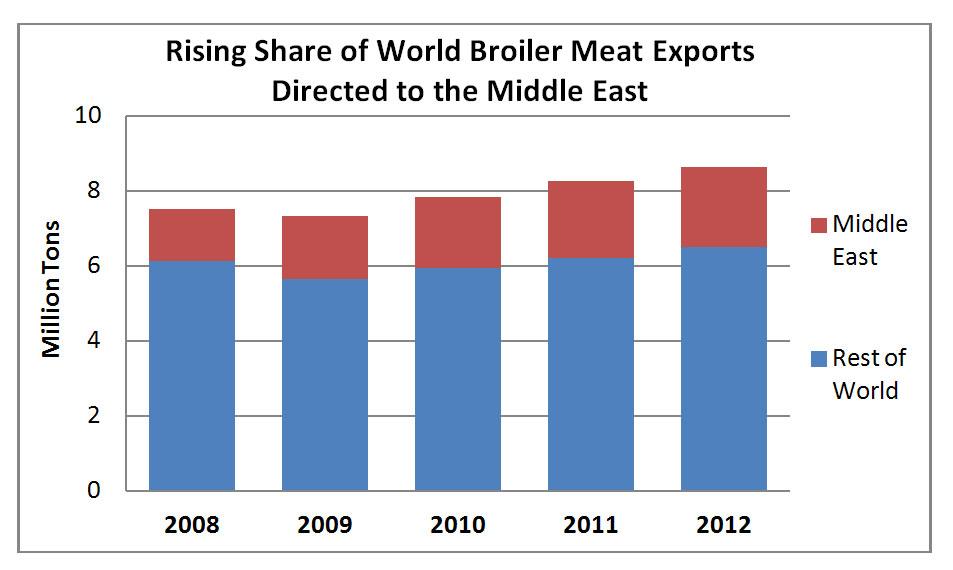 Consumers there generally prefer fresh/chilled whole chickens purchased at the local market. However, changes in tastes, preferences, and demographics have lead to an increase in imports of parts and cuts. For instance, younger consumers are seeking convenient cooking alternatives such as marinated and ready-to-cook products, while the rise in casual dining has led to additional purchases of parts and cuts by the rapidly expanding fast food, catering and hotel sectors. These imports are primarily supplied by Brazil and the European Union, and to a lesser extent the United States.

Turkish exports have exploded over the past seven years as a result of greater regional demand for more inexpensive sources of protein. Turkey has ample supplies of Halal-certified whole birds, unlike some competitors such as the United States.

Turkey is taking advantage of lower transportation costs to Middle East markets. Moreover, rising domestic production and slowing consumption in Turkey have resulted in large quantities of exportable, price-competitive supplies to markets such as Iraq, Iran, Libya and parts of Central Asia, including Azerbaijan and Tajikistan. 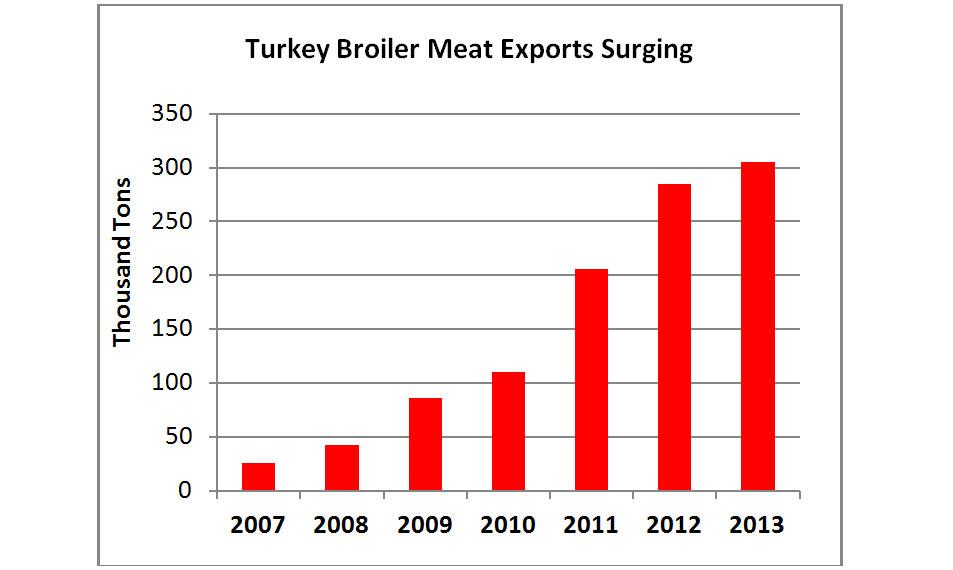 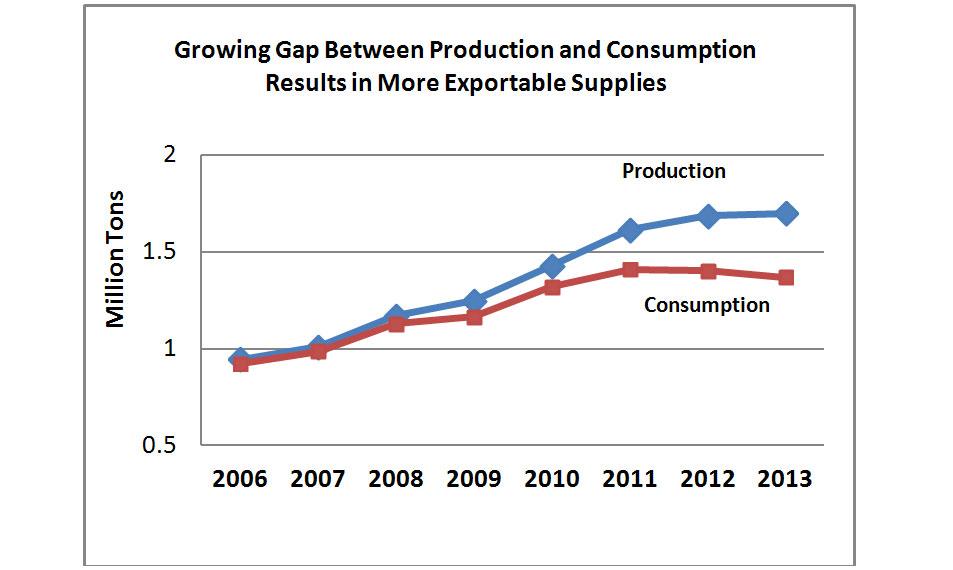 Increasing Competition for the U.S.

In Iraq, economic growth and relatively high red meat prices, coupled with weak domestic production, have stimulated import demand. Although Brazil and the United States have long dominated this market, Turkey has supplied virtually all the additional demand growth in recent years. 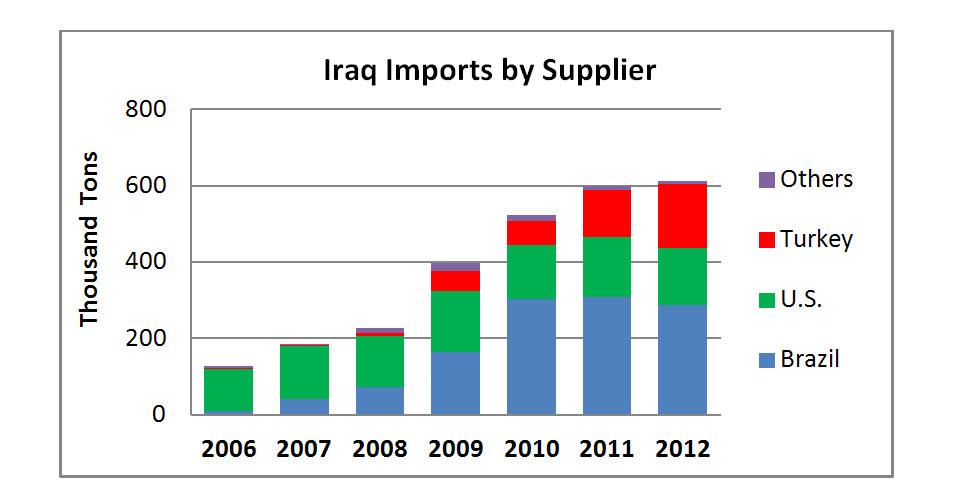 Currently, U.S. exports to the Middle East are relatively small, as the United States is limited in its ability to supply the type of products desired by consumers. In addition, there are other constraints such as pre-certification costs in Iraq. Turkey’s expansion has allowed it to capture greater market share in that region. Yet, the Middle East’s expected growth will present opportunities for the United States to tap into this expanding and dynamic market. 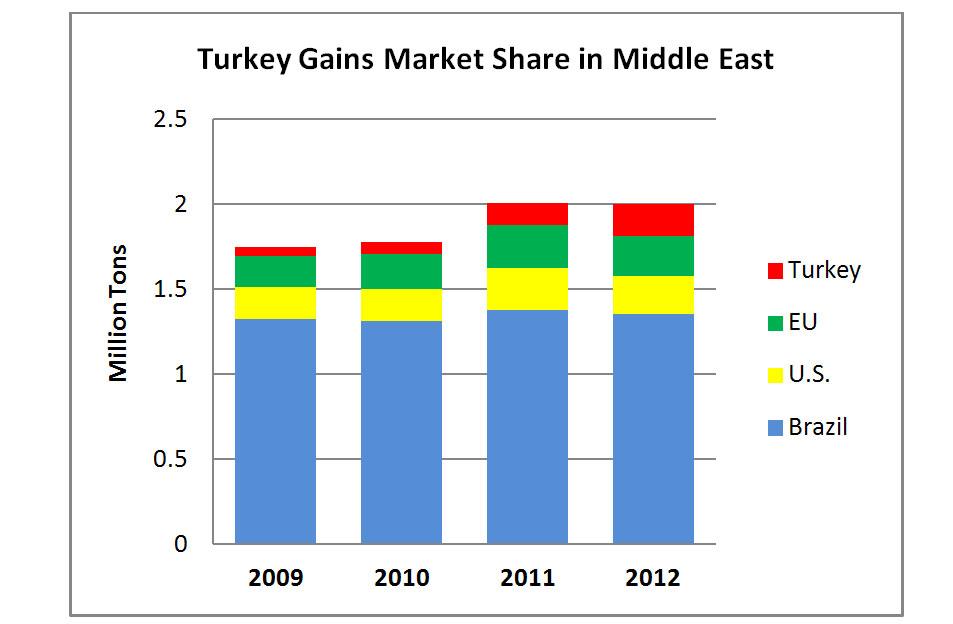 Vietnam is an emerging economy in Southeast Asia that has experienced rapid growth and development during the last few decades. As has historically been the case in many countries, growth in animal-based protein consumption has gone hand-in-hand with this economic development.
International Agricultural Trade Report

Global lentil exports in 2020 jumped from $1 billion to $2.6 billion compared to the year before. Canada and Australia led the surge, accounting for more than three-fourths of the exports. Lentil exports peaked at $2.7 billion in 2015 but drifted lower through 2019, primarily due to reduced shipments from Canada to India and Turkey and from the United States to Canada and India.
International Agricultural Trade Report

The Republic of Korea (Korea) is a developed Asian country with a global presence in high-tech, automobile, and electronics industries. Korea is an industrial powerhouse with a skilled labor force.