South-South Agricultural Trade on the Rise

Global agricultural trade patterns have changed dramatically over the past several decades, particularly with the emergence of developing country exporters such as Brazil and Argentina. However, in just the past decade, one of the most apparent trends has been the growth in agricultural trade between developing countries (as defined by the World Trade Organization) or so-called “South-South trade.” 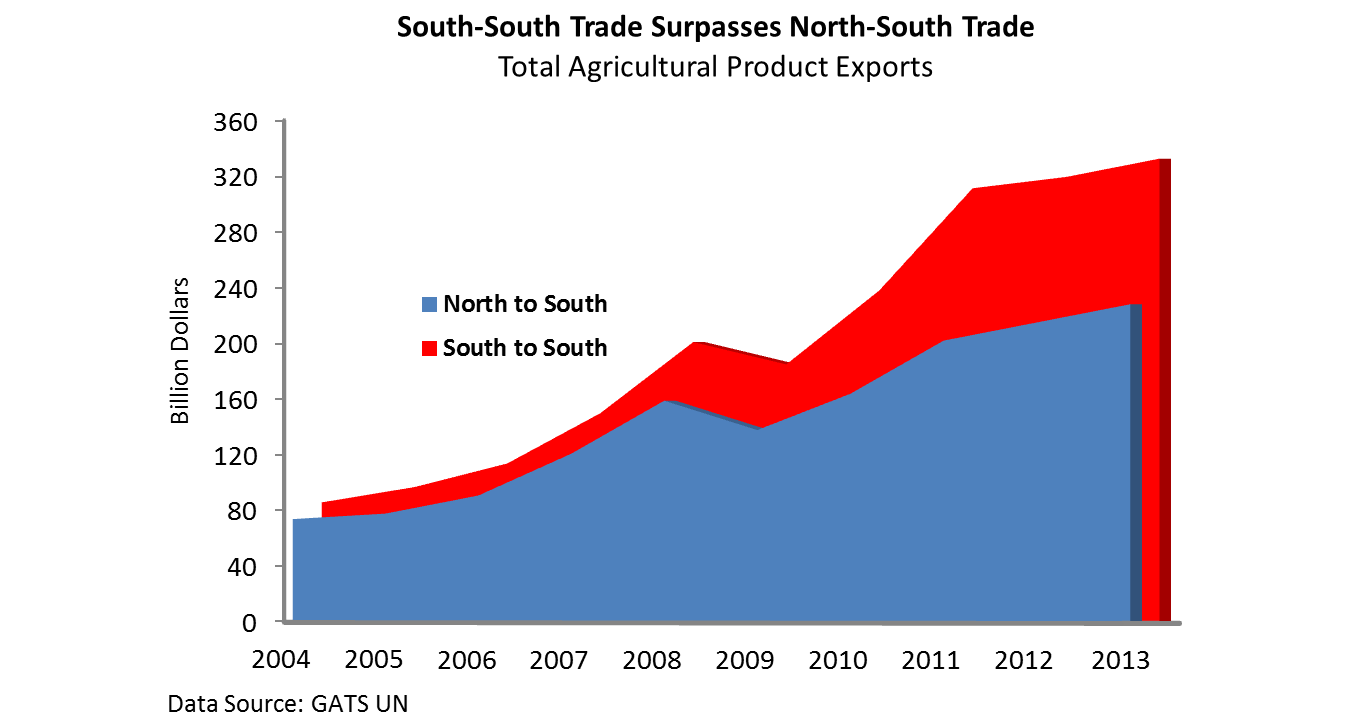 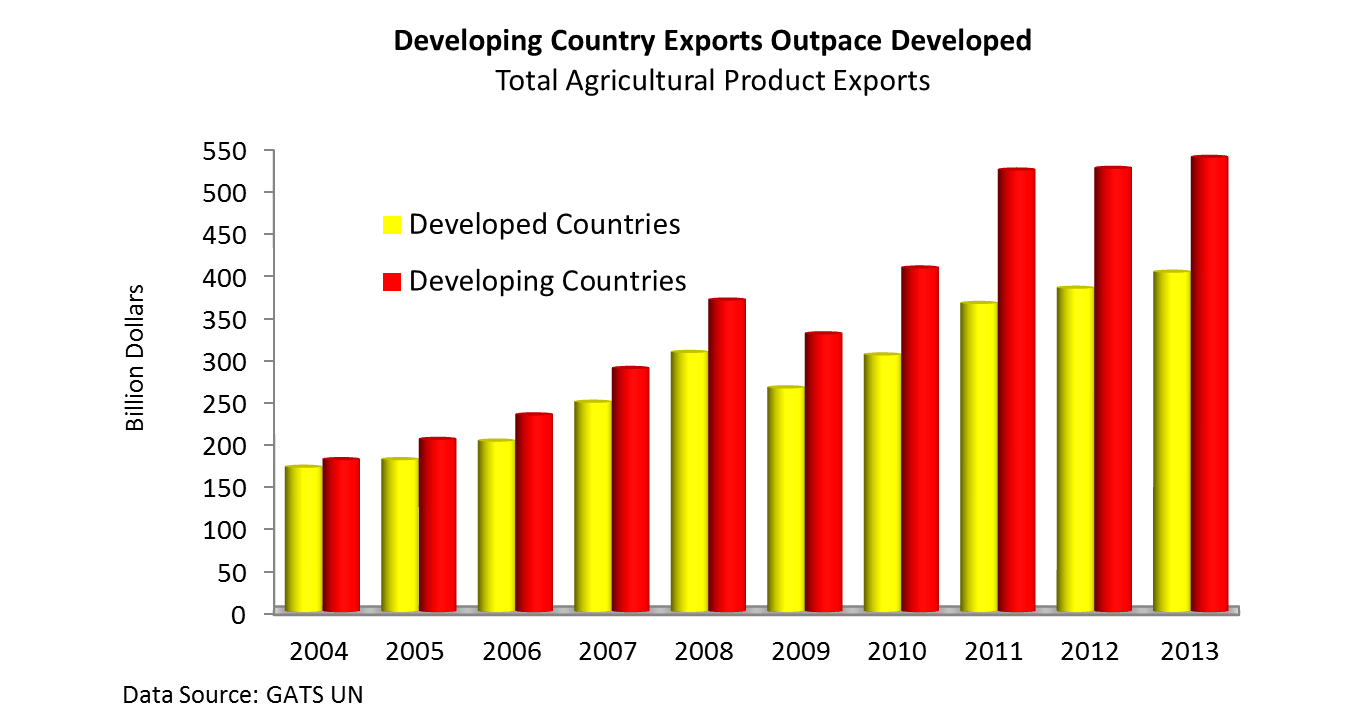 Exports from key developing countries have grown at much faster rates than those from major developed countries such as the European Union, Canada, Australia, and the United States. Of the 15 largest agricultural exporters over the past decade, the nine with highest growth rates are all developing countries: India, Ukraine, Indonesia, Brazil, Malaysia, Turkey, Thailand, Argentina, and China.  Brazil is by far the largest developing country exporter, with $85 billion in agricultural exports in 2013 – nearly double the second-largest, China, which had $46 billion.

Among developing countries, China ranks as the second-largest agriculture exporter. This may come as a surprise given China’s massive imports, but early data for 2014 show another record year for nearly $49 billion in shipments. China exports a diverse range of high-value products, with fruits and vegetables leading the product mix. The United States and Japan are among the major markets for Chinese agricultural products but there has been rapid growth in recent years to Southeast Asia. India is the third-largest developing country exporter and has seen faster growth than any other major exporter. India also enjoys one of the largest agricultural trade surpluses among developing countries. 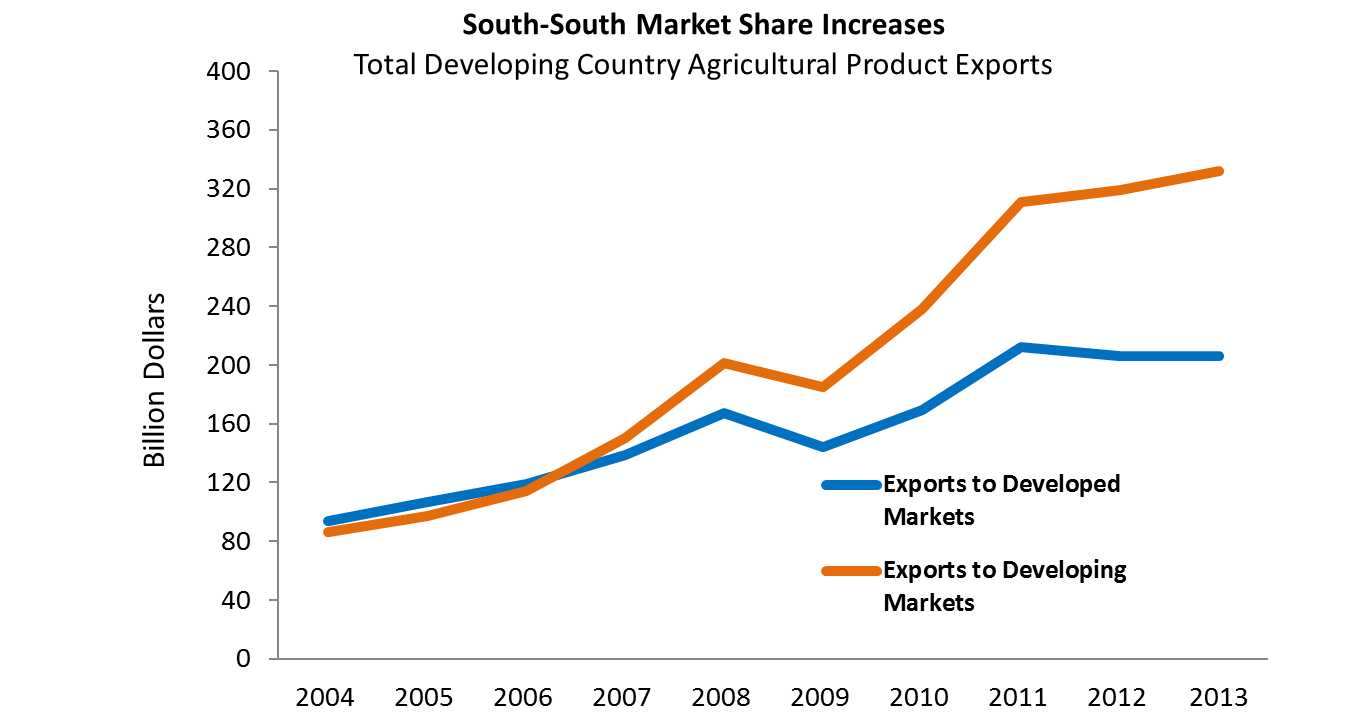 Note: This report uses United Nations data from the FAS Global Agricultural Trade System (GATS), except in limited cases where trade data is not available for specific countries. In some of those cases, customs data from other official sources were used. At the time this report was published, the most recent UN data available for nearly all countries were from 2013. Trade covered in this report represents more than 98 percent of global trade. Only external-EU trade is counted. For more information on specific developing country exporters please see the following FAS reports: