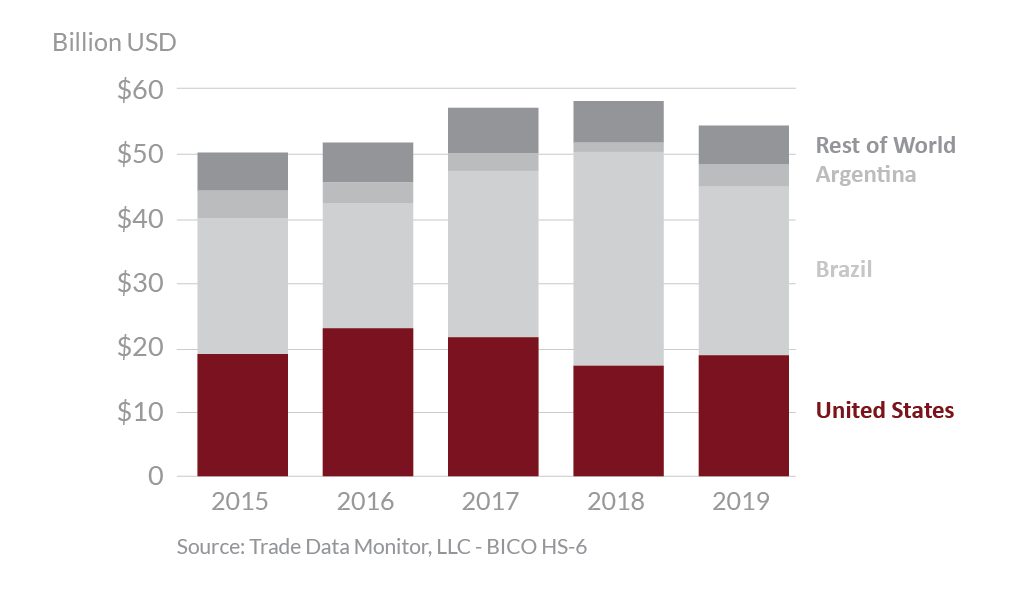 U.S. soybean exports are forecast up for the marketing year ending in September 2020 (MY 2019/20). U.S. exporters will likely see increased demand from China, where total imports are forecast 6 percent higher by volume over this period. However, Chinese demand will depend on expansion in China’s livestock and poultry production with the swine sector still hampered by recovery from African Swine Fever.  U.S. sales to China will depend on the availability of exemptions from Chinese tariffs and its compliance with the Phase One trade agreement. The United States will see increased competition from Brazil which is forecast to produce a record quantity of soybeans in MY 2019/20. Mexican imports are forecast to remain high in MY2019/20, providing an opportunity for U.S. exports. EU imports are forecast to increase in MY2019/20. However, U.S. performance in the EU market will depend on its price competitiveness with Brazil which is benefitting from depreciation of its currency. The COVID-19 pandemic may affect the global demand for food and feed as people stay home and eat out less.